"Insanity: doing the same thing over and over again and expecting different results."
- Albert Einstein

7 Digital Marketing Mistakes to Avoid in 2015


The world of digital marketing can sometimes be hard to keep up with as consumer habits continue to change and technology evolves. Every year brings new trends as Google updates its algorithms and social networks become ever more sophisticated. Many of the online marketing tactics of old are no longer effective while others can even damage your business.

Even in 2015, novice marketers still tend to place their focus on dated SEO techniques only to find out a few months later that their websites have received a manual penalty from Google. Others take completely the wrong approach to social media, seeing it as a platform that purely exists for promotion rather than building relationships with consumers.

If you're making any of the following mistakes in 2015, it is time to stop right now, before your digital marketing strategy spells your downfall in the growingly competitive online marketplace: 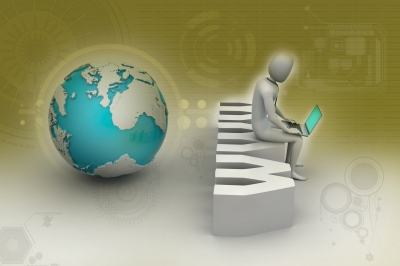 The last few years have seen an unprecedented rise in mobile, and virtually every digital marketing consultant has been stressing the importance of mobile optimisation. However, while marketers have been talking a lot about the 'Year of Mobile' and the importance of optimising your content accordingly and to prioritise it.

According to comScore, mobile Internet usage finally surpassed desktop usage around the middle of 2014, but it is now way ahead as the primary way for consumers to access the Web. Additionally, there has been an enormous rise of the mobile-only user. As far as business websites are concerned, particularly of the e-commerce variety, having a responsive design is no longer enough: you need to have a mobile version of your website, or better still, a mobile app, which provides an optimal user experience on both smartphones and tablets.

2014 saw a great selection of Google algorithm updates, many of which were designed to weed out websites that featured over-optimised content. The trend continues, as Google gets better every year at finding and detecting spam. Today's SEO is virtually unrecognisable when compared to how it was just a few years ago, yet novice marketers are still paying far too much attention to keyword optimisation and other dated SEO techniques.

The search engines are steadily moving away from simply matching queries to content solely through the use of keywords. Instead, they are striving to deliver results based on user intent, and as a result, keyword optimisation appears to be slowly but steadily heading towards obsolescence. Far more important than keyword optimisation are ranking factors such as social signals, user experience and mobile compatibility.

Link building has also changed enormously in recent years to such an extent that earning links has far more value than building them. The emphasis here is very much on quality and relevancy, and earning a single link on a relevant, high-quality website is far more valuable than posting a thousand links across generic content farms all over the Web.

As the world's second-most visited website and the number one social media marketing resource, no business can afford to ignore the fact that Facebook is constantly changing as well. In January 2015, the social media giant introduced a major update to its Newsfeed algorithm that significantly diminishes the reach of promotional posts on company pages. After all, Facebook's users are generally far more interested in seeing updates from friends and pages that they really care about rather than promotional content from company pages that they have simply 'liked'.

In light of the new algorithm changes, it is more important than ever for companies to avoid organic posts that solely exist to promote a product, install an app or enter a promotion. In particular, posts that reuse content from paid ads will be heavily penalised to such as extent that they will barely appear on user's Newsfeeds at all. Companies will find themselves under increasing pressure to focus on value-adding, genuinely useful content with regards to organic posts on their Facebook brand pages while promotional material is shifted towards the network's paid advertising platform.

In November 2014, Twitter overhauled its on-site search engine to allow users to search through every Tweet posted since 2006. By contrast, the world's number-one microblogging platform used to remove Tweets older than a few weeks from the search indexes. As a result of this change, the way in which you craft your Tweets is even more important, not least because you still only have a 140-character limit to work with. Optimising your Tweets for the on-site search function is similar to traditional SEO: you'll need to make sure that you are using relevant hashtags, links and other content. Images are also important, and according to Market Domination Media, Tweets with accompanying images were shared 150% more often than those without images.

The content of your landing pages might be on excellent form, but if it does not match up, in terms of relevancy, with the promotional content designed to drive traffic to them, your conversion rates will plummet. You'll be missing out on a lot of potential sales if you end up driving traffic from a paid social media or search ad while giving your audience false expectations. If people click your ads, they do so because they want to see relevant content that actually applies to them, and if what you offer is not relevant, all you have achieved is to waste your money. The same rule applies to organic marketing: relevant traffic is far more important than the quantity of traffic since it directly impacts your conversion rate.

A good landing page provides content that it tailored to a specific audience, and it needs to provide a concrete call to action rather than just a vague or generic 'buy now' or 'subscribe'. 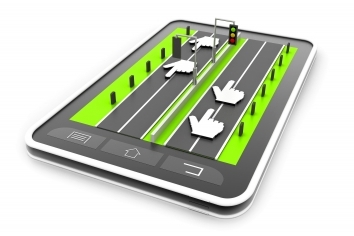 6. Focusing Too Much on Vanity Metrics

Many novice marketers continue to put far too much emphasis on vanity metrics, such as Facebook fans, website visitors and Twitter followers. While such metrics gives a good idea of the size of your online communities and the opportunities around them, they are far from being the most important metrics to track. Far more important are engagement levels and, to an even greater extent, conversion metrics. For example, shares are more important than likes, since they show that your audience is actively engaged with your content rather than simply following your page yet paying little or no attention to it. The same applies to your website's traffic: more important than the number of visitors is the level of engagement with your website, and this is determined by metrics such as average time spent on the website and the number of people who leave immediately (bounce rate). However, the most important metrics of all to track are conversion rate and return on investment. After all, you could have a thousand Facebook fans and 1000 unique website visitors per day, but it's all for nothing if only a handful of them actually become paying customers.

It has been well over a year since Google's Matt Cutts decided guest blogging as a marketing method in decline, and his statement still stands, although there has been further clarification on the matter since. Guest-blogging networks have often been associated with low-quality content that offers little of value to readers, and many marketers utilised it solely as a way to get backlinks to their websites. However, as stated in his blog post in January 2014, Cutts was more specifically referring to guest blogging as a link-building method, and a later addition to the post stated that guest blogging can still be useful if taken in the right context. To summarise Cutts' statement, guest blogging can still be a valuable way to increase brand exposure and reach, but it should not be considered as an SEO method.

Internet Marketing was never easy, but it does present a great deal of potential, provided that you can keep up with current trends and formulate a sustainable strategy that you can adapt as and when required. 2015 and the years beyond will continue to see many changes in the digital marketing climate, fuelled largely by changing consumer demands and major changes to essential platforms such as Google, Facebook and Twitter. If you want your efforts to pay off, you need to keep ahead at all times.

How SEO And Web Accessibility Crossover